Early morning, as usual! My friend comes to pick us up as he has a giant truck and cannot part with it, so we switched Nolan’s seat over and headed out to highway 40! Chester Lake was recommended to me by another friend for a nice hike that should be good for me to carry Nolan. It kind of reminded me of Ptarmigan Cirque, as in – it is not a super long hike, and then when you get to the lake – you feel like you’re right up in the alpine.

Beautiful views, great hike, gloomy day with a bit of rain and lots of clouds rolling in and out.

It’s a ways down highway 40, then you turn into the Spray Lakes road, and I had only been down that road once last year so I was not familiar with where we were going. Thankfully, even though I had NO service, the map on my All Trails app was working and told me when we made a wrong turn, so we were able to turn around and actually find the spot we were supposed to be at. I definitely need to work on my navigation skills! 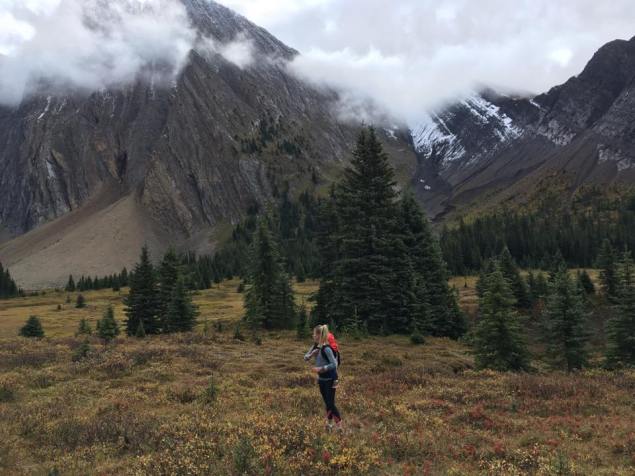 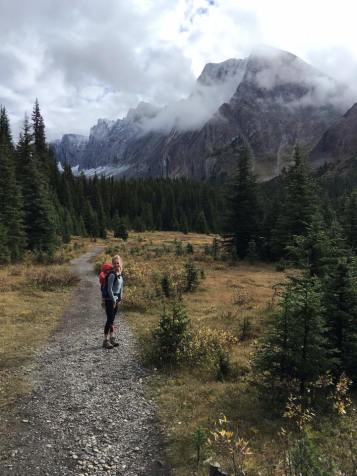 We finally made it to the parking lot and I think we were, maybe the second or third vehicle there. It was a very quiet morning, which was nice! Seems early mornings on weekends, and the cold scare people off. Not me, I am quite the opposite and enjoy it, and will take FULL advantage of it. If you have been following my blog, you should know by now – I am not a fan of crowds 😛 ha-ha! 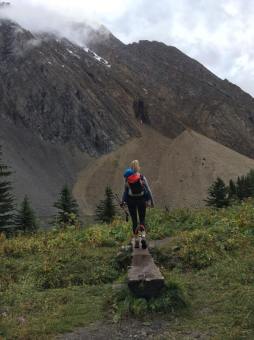 My friend is ex army and had done two tours in Afghanistan. He has always bugged me about going hiking so we finally got him out. He really appreciated the quiet, the fresh air, and the walking and carrying a pack again. It was not the kind of long, heavy hiking he had been used to, so we were happy to bring him to a more peaceful surrounding.

It was a chilly and gloomy day out and Nolan and I both had been battling a cough so I bundled him up, put on his rain gear and stuck him on my back. He seemed quite happy to be carried all morning as long as I passed him rocks to throw every once in a while. 🙂 As we hiked up more and more, we came to an open 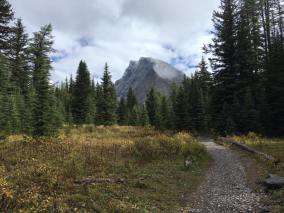 area where we could start to see more mountains. The area opened up so much and it was beautiful. I absolutely love gloomy days. They have such a different kind of beauty, pictures just don’t do justice. We went through the open area for a bit and came to the lake. 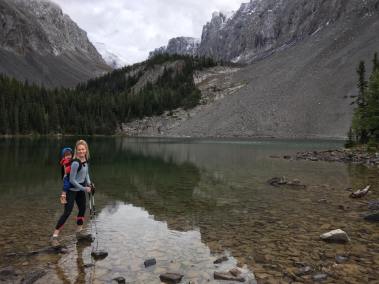 We went to the left of the lake and around so we could get to the other side where all the rocks were. I sure love rocks and so does Nolan. We ventured through the rocks and came back to where we started at the lake. We had overheard some people talking about some “Elephant” rocks, so again we headed around the lake but took a different path to these large rocks. 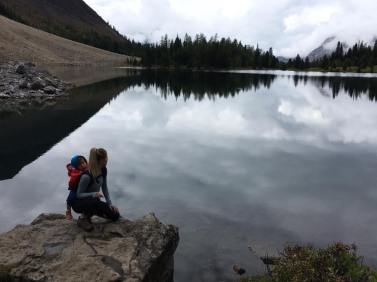 We played around on those for a while, naturally! and then headed back down to the vehicle. There were a lot of people coming up the trail at that point so I was happy we were on our way back down.

As usual, for lunch, we sat in the back of the truck and had our sandwiches, fruit and other snack’s until we were good and satisfied to drive home 🙂 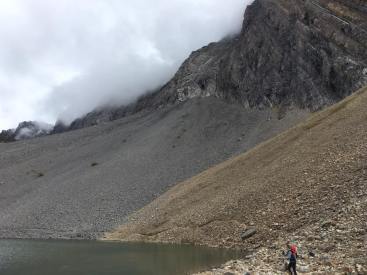 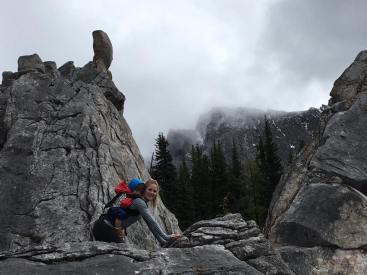 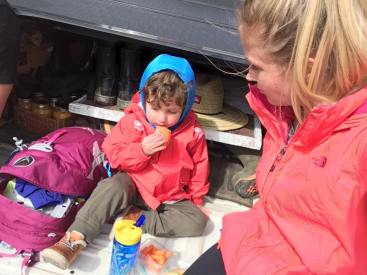 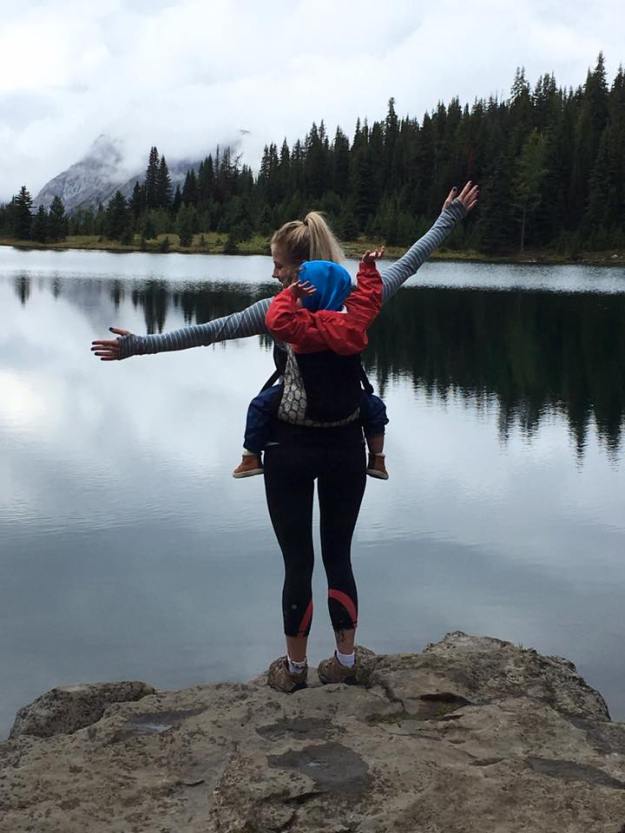 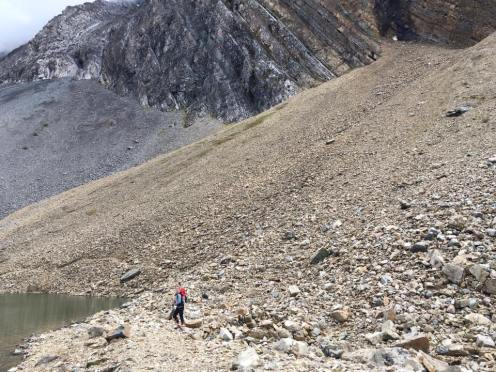 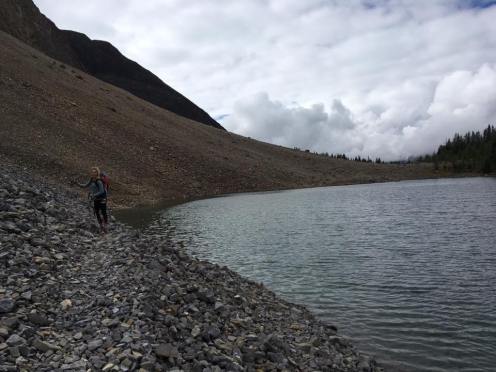