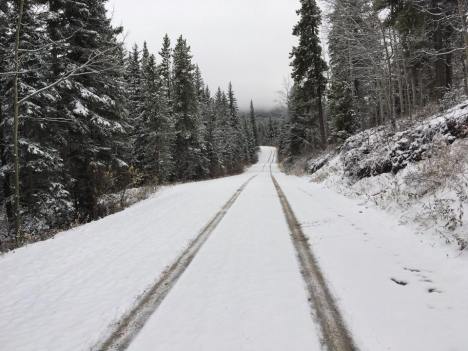 First real snowfall of the season and icy roads sure made for a slow start and interesting morning for us!

Forgetting my boots, having to drive home to get them, to my friend forgetting their wallet and thinking they dropped it in the snow so we had to go back and look for it, then get gas, then go pick up another friend, then get breakfast, then finally meet another friend so we could all drive together because two of his friends bailed. Whew! Did you catch that all? 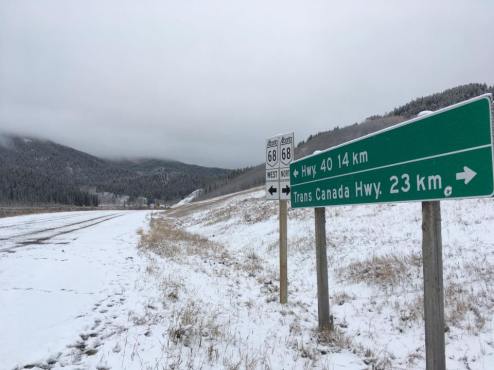 Left the house at 6:30am, finally met our friend on the highway by 8:30am! Lol! what a crazy morning it started as! First snow of the season and the roads were slick! I have a Jeep patriot, 4 wheel drive, I drop it into manual for winter conditions as I am more comfortable with manual, but again – it was an icy morning!  Finally on our way out as a group, all laughing at the events of the morning already!

I had met this one person in particular over Instagram a few months ago I’d say, and we have just been in touch for a while now. Probably one of the most genuine, caring, optimistic, happy, forgiving people I have ever met. I’ve been going through a tough time and somehow opened up and shared a lot of that with him. He never pried, never offered unwanted opinions or advice, just a positive spin on everything and a helping hand and listening ear if needed. I’d say we built a pretty good friendship quickly. 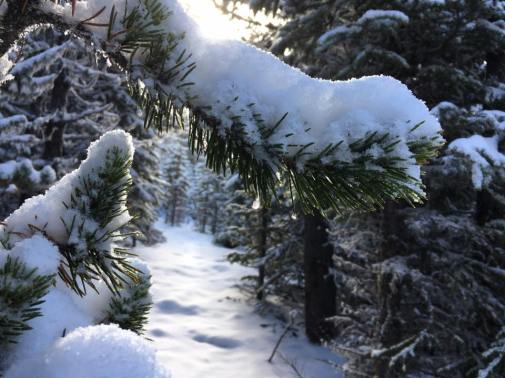 Out of getting to know me, he started this hiking group on FaceBook so we could – get out and hike, and in hopes of getting our two groups of friends together and out for some fun. Eventually – growing the group to what ever it turns into and just loving the project. So set up our first hike for Sunday October 9th.

I had class on the 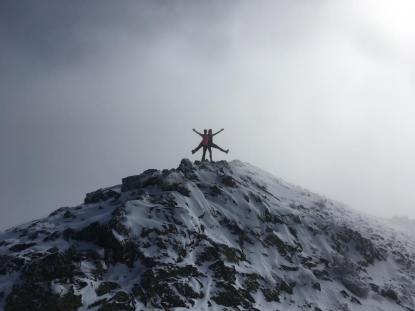 Saturday,  and then a date on the Saturday night. I was nervous about meeting new people and being so tired the next day. I also had Thanksgiving dinner at my dads the evening of our hike day and just thought I had overcommitted myself – once again. But someone was putting in effort – genuinely to help my little passion and I couldn’t let that just be pushed aside. So I sucked it up and we made this day happen. Turns out – it was probably the best thing ever and out of that day, the four of us made a wicked connection and got along like we’d known each other for a lot longer than a day. 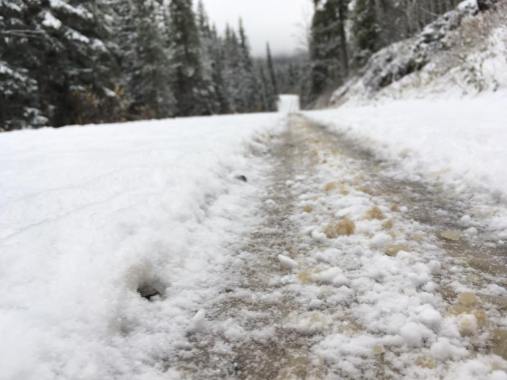 The drive out, we kept stopping for a lot of random, beautiful photos, again – it was an icy snowy morning and the frost was amazing! Snow was fluffy! and there was a lot. One person apologized for us stopping so much to take photos but really, we were all like – hey yea, that’s a good idea! and all of us looked like major tourists getting out every 300m for a photo ha-ha! I have never been down in this area, Sibbald Creek Trail road before so seeing something totally new was pretty cool!

There were loads of cows in the way as we travelled down the road, all we kept talking about was a cow-apocalypse! They just had a hard stare going on at us and would not move! That is until I would yell and flail at them . . 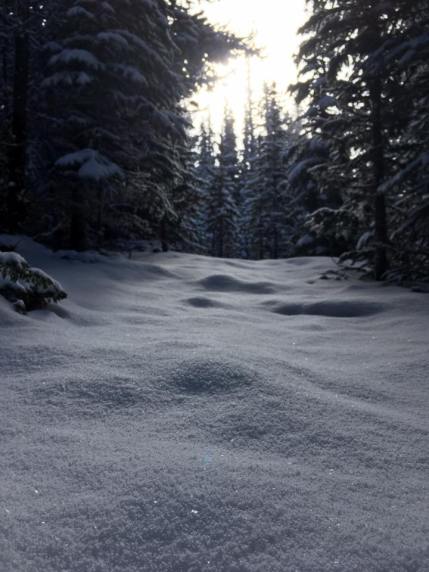 We turned left and headed down an untouched road. We were the first tracks! We parked on the side of the road and had NO idea where the trailhead was. It was windy, snow was pretty deep, and we all kind of looked at each other like -whose going to back out first? ha-ha. No one did! We bundled ourselves up like no bodies business and stuffed our packs with extra layers, made sure we had everything and headed off into the bushes!

As soon as we got onto the right trail, I had to start kicking and shaking the trees and getting snow dumped on everyone. I was like a kid seeing snow for the first time 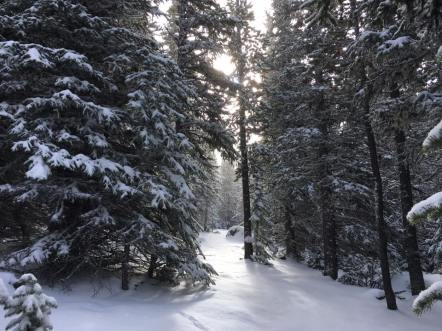 in the back yard and just running out and jumping in it. I was SOO happy! After all that in the morning, we finally made it. Everyone was excited, it was so beautiful and we were making our hiking group happen! The snow was pretty deep! We were the first ones making tracks, going into the fog, coming out and seeing the sun peaking through and then back into it. 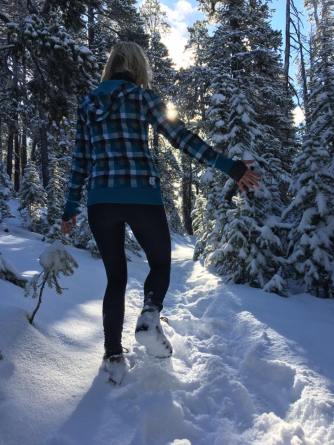 When we finally got to the summit, well what we thought was the summit, we were in complete fog and could barely see in front of ourselves. When the fog blew over for about 15 seconds at a time, we saw the ACTUAL summit and ran up to it. At this point, the snow was deep and we were running up the mountain because – running in snow on a mountain — duh! ha-ha I don’t know – I just couldn’t contain my happiness. My girlfriend and I were cooking and took off our layers and spent a good while up there. The guys were right behind us and we all just enjoyed the brief moments the fog would roll over and we could suddenly see far off into the distance – the sun beaming down on the mountain ranges across from us. We truly had no idea how high we were or how high we had 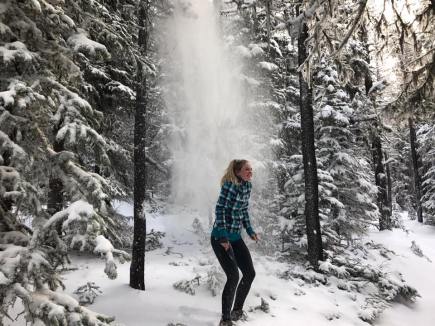 come, or what was even around us. It was still worth it though and held us at the top for a bit longer in the hopes that we would be able to see more around us.

Eventually, we were freezing and started to make our way down. On our way down there was another group coming up! That was the only other group we saw that day. Pretty cool being the only two groups on the mountain that day. 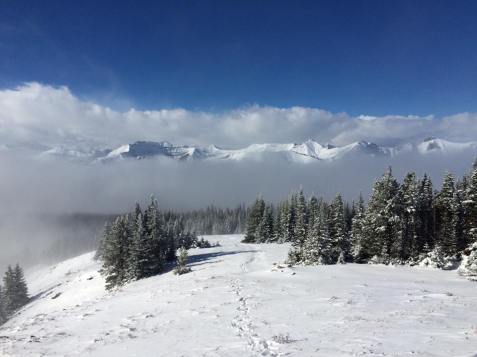 After a speedy trek down – sliding and running down the mountain, we drove back to the highway where we all met and parted ways. Since then, we are eagerly trying to plan or next hike and cant WAIT! Hopefully we see some new faces next time 🙂 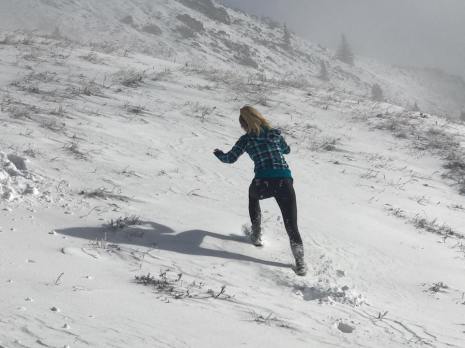 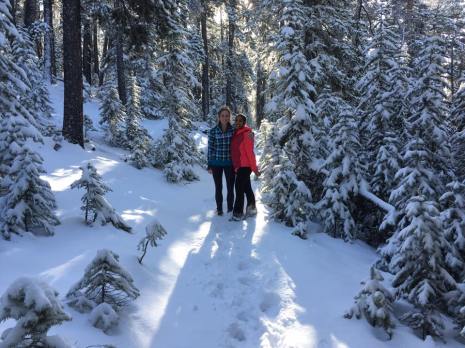 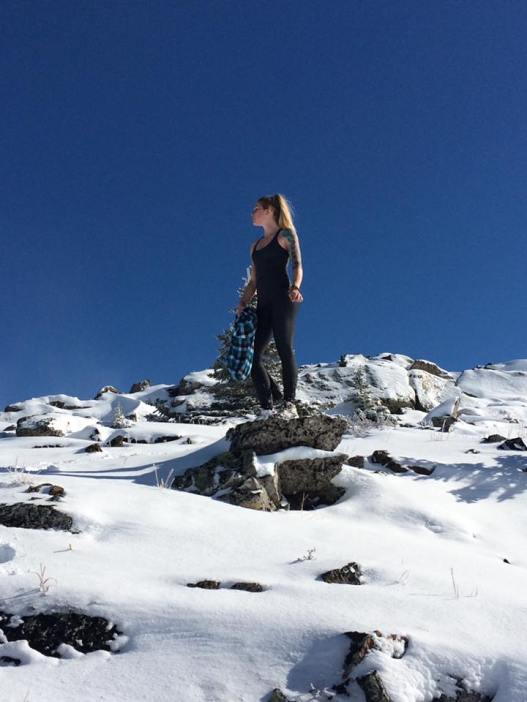 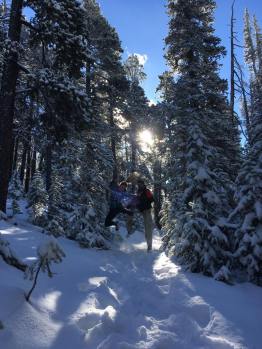 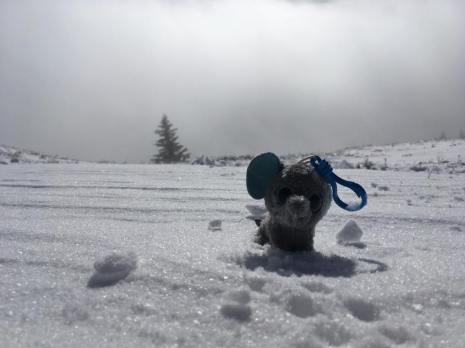 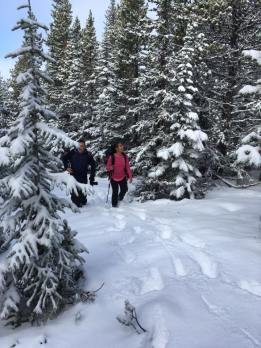 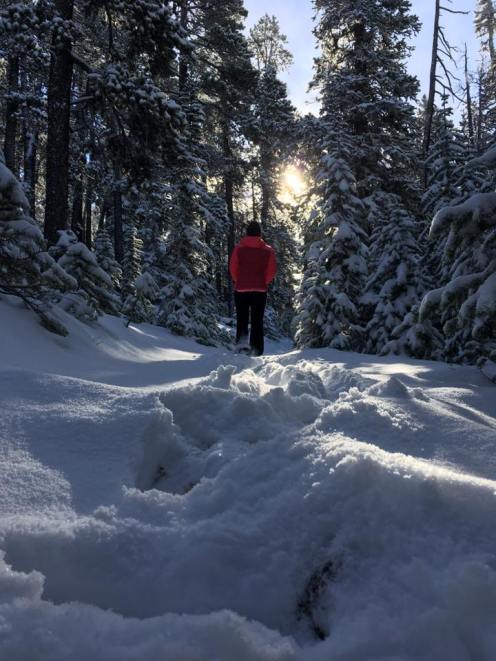 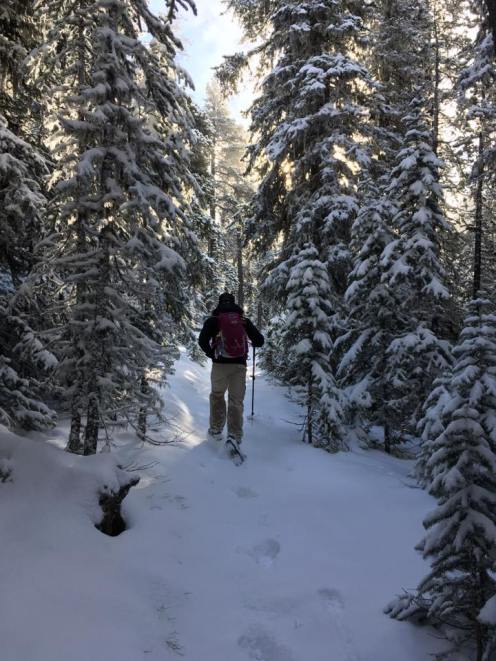 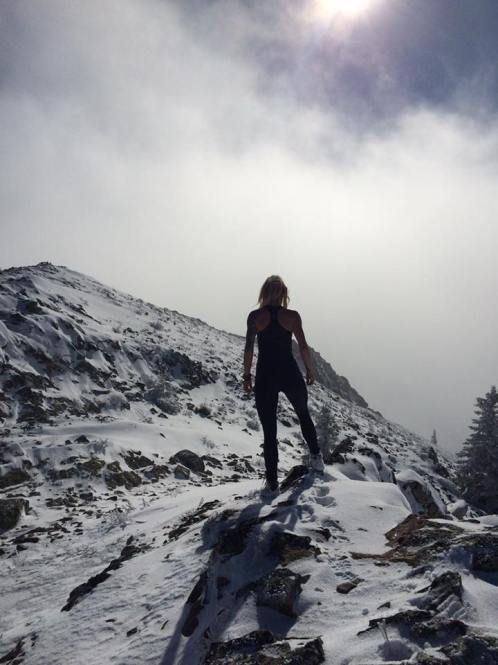