Two years after our first attempt, when he was much lighter, we did it! 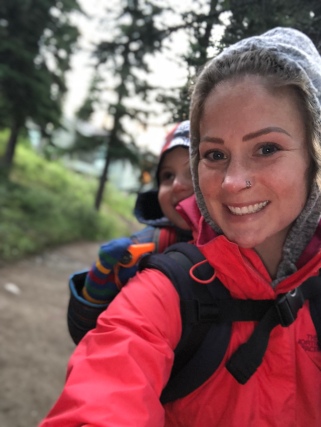 The first time we tried this, I made it through the Valley and up to the base of the switch backs to get up to Sentinel Pass. It was October 2016 and as soon as I started going up on those switchbacks, I slipped on the snow and face planted hard, with Nolan on my back. It was a quick decision to turn around. . you know, sore face . . and all.

This year, I thought I would be carrying him up the second set of switchbacks for sure, but maybe he would walk a fair bit of the rest. Maybe he would start out at the beginning by the lake, and I would have to carry him only part of the way up. Then once it leveled out for a bit – he could run along beside us as we continued to walk. Nope! I carried him the ENTIRE way basically, and did I EVER feel it the next day. 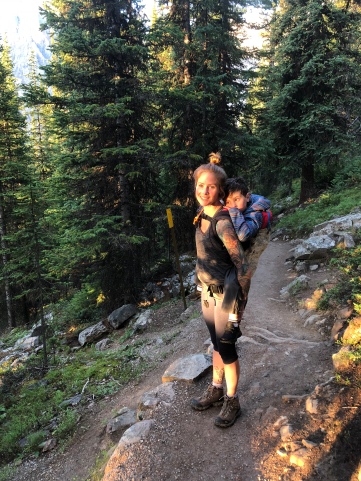 It was my fault though. We stayed in Banff over night and we ended up swimming till about 9 at night. We were having so much fun. By the time we actually ended up in bed, it was probably 11. oops! Then, we were up by 415 so we could be at the parking lot of Moraine Lake by 530am at the latest! Little sleep for a little person – moms fault.

We arrived at the parking lot just by 530am and I was so nervous we were going to miss out on a parking spot but, LUCKILY – as we went around the parking lot and started circling back, I was able to pull into what looked like the LAST SPOT! it wasn’t even a spot but I made it. I was NOT going to go through all of that, with my kid, to NOT get a spot.

We geared up, and bundled up as it was a very chilly morning.

Nolan was not happy with me, ha-ha, annnnnnd I felt guilty so I immediately put him on my back in hope of cheering him up, hopes that he would sleep more and by the time the trail leveled out, he would wake up and want to walk. It was a lot, to push myself up those switchbacks. It didn’t take long before I started de-layering because I instantly started to sweat like mad.  I still am not sure how I did it, but I did! when we got to the leveled out portion, he woke up and would walk, and then want back on, walk and so on. Eventually we got to this spot and sat down for some snacks. The sun was starting to melt the frost off everything and it was beautiful and bright out. 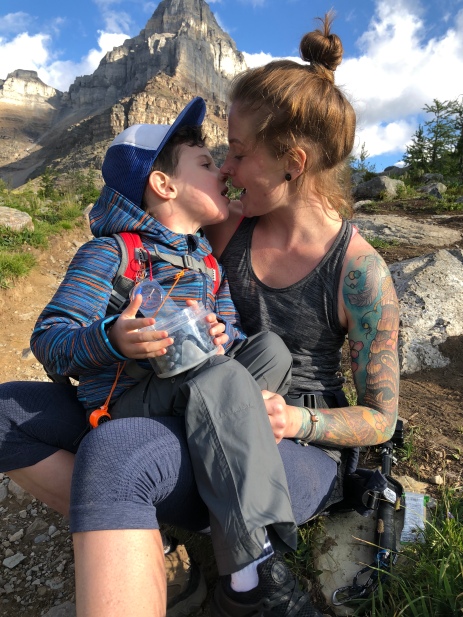 As we were snacking, I hear this “Hey I know you! I follow you on Instagram!” That was the coolest thing ever.  We ended up meeting in person, this awesome couple that I’ve been following along on Instagram for a long time now. Probably a few years at least. It was funny when they said they recognized the kid, and then my tattoo, haha!
We sat and chatted for a while, snapped a few photos together and then they made their way along. I hope we get a chance to meet up and hike together one of these day. It was a pretty cool experience, meeting them like that.

After finishing our snacks and a quick pee for Nolan, we eventually started to make our way again, and Nolan was jumping around on rocks. There was one rock, that he climbed up on and he was going to jump off, and as he did – his one foot got caught and he ended up face planting on the trail. Wow, it was just screams for a bit, but no blood thankfully. Just a lot of dirt in the mouth and up his nose! I got him cleaned up and obviously, he ended up on my back again because he was very unhappy. We made our way up to the second set of switchbacks and. . that is really when I put my head down and just tried to motor up. I couldn’t talk, at all or it would mess with my breathing and I was trying so hard to just power through with each step – and breathe! I came across some snow, and wanted to throw myself in it, I wanted to lay and roll like a dog does in the dirt. Dipping my head had to do though, or else I would have NOT gotten back up.

Little cool down for mom 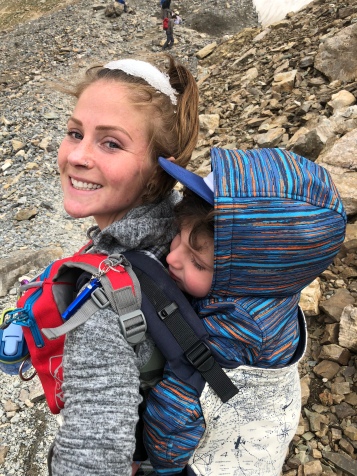 Snow to keep us cool 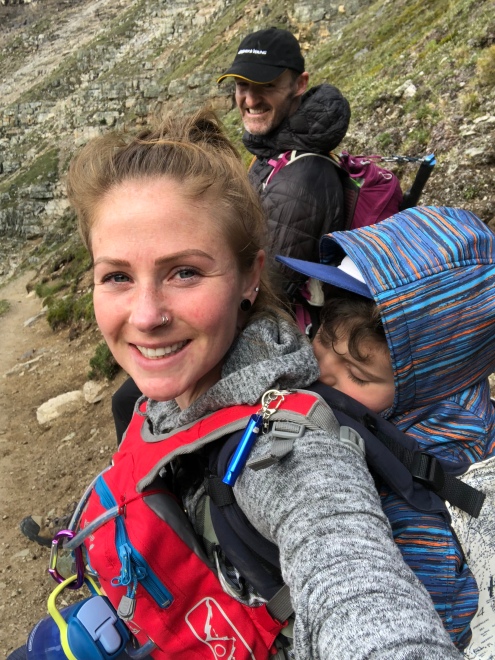 We saw this group, I think they were from France, and they didn’t speak English very well, but at one point on the way up the switchback’s – we ran into them again.

(As we had at the beginning a few times). They made me burst into tears because of all of their cheer for me and cheering me on hahaha! I mean, I was EXHAUSTED, and pushing so hard, and as soon as I heard the one lady and man, and felt an arm on my shoulder, I just burst out! It was more like laughing crying haha. We all took a quick break, talked for a few and then parted ways again. Back to it – not much further to go – head down and go!

We made it to the top of the pass! It was so windy up there, we took shelter in a little spot with some other people and had lunch and more snacks. We ended up seeing our Instagram friends again and enjoyed our time at the top for a bit. I always love meeting people on tops of mountains or, anywhere really, and sharing stories. Its so refreshing, and makes me feel so good. Being able to meet people, share a good time and then be on your way.

On the way down, I carried Nolan through the switch backs and let him down once we got into the valley. 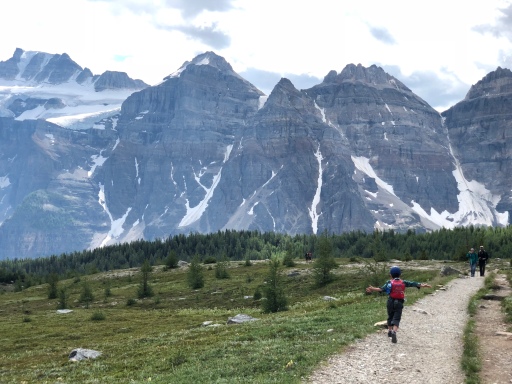 It didn’t last long, just long enough to get a few photos and a video – then there was another trip and he was back on me. I don’t know about you guys, but for me, the way down on a hike is the hardest part for me. Carrying a kid or not carrying a kid, I feel absolutely beat at the end.

My hips and legs feel like they could give out at ANY moment. I have hiked Temple and on the way down I thought – if I trip here, I think I will just stay here for the night – haha. That’s how I felt carrying Nolan down on this day, but with him, I don’t have that option. I have to get him back safe and sound, and that’s what I did. Once we arrived back at the car, my boots were off and I was on the pavement. We sat on the ground for a while and just snacked and relaxed before we had to drive out.

I LOVE carrying my boy, LOVE It, and I cant believe I carried my 4 and a half year old up to Sentinel Pass. I know carrying him on these adventures is ending any time now, but ill keep trying. I think… maybe he should work on walking himself and lifting up those little feet so he stops face planting… maybe. 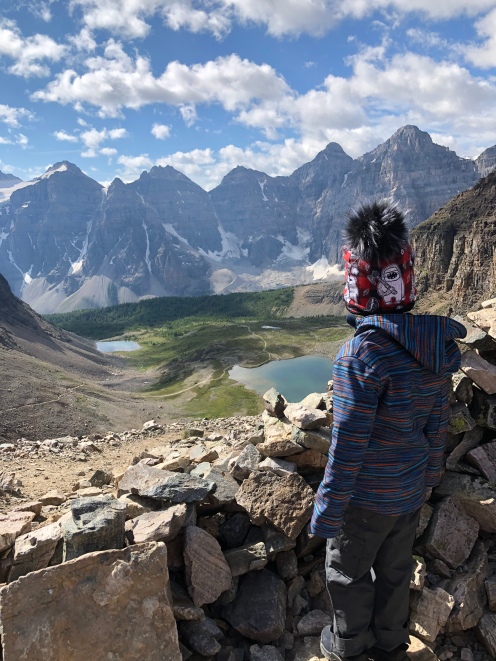 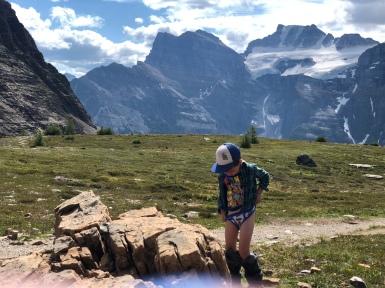 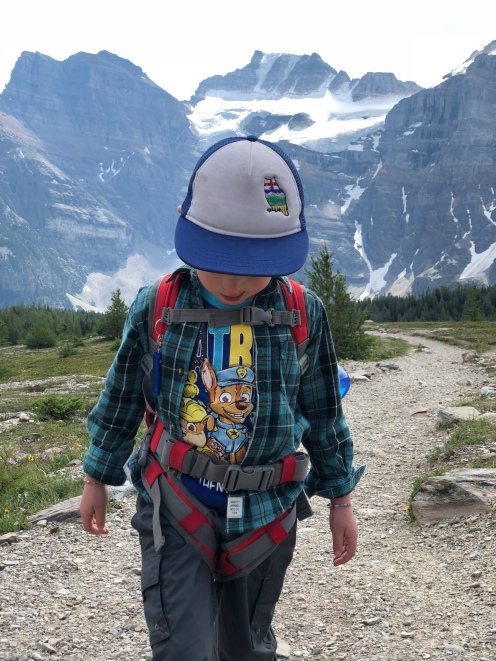 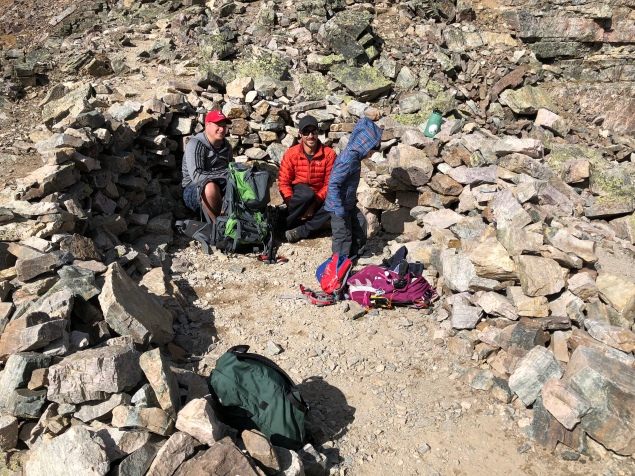 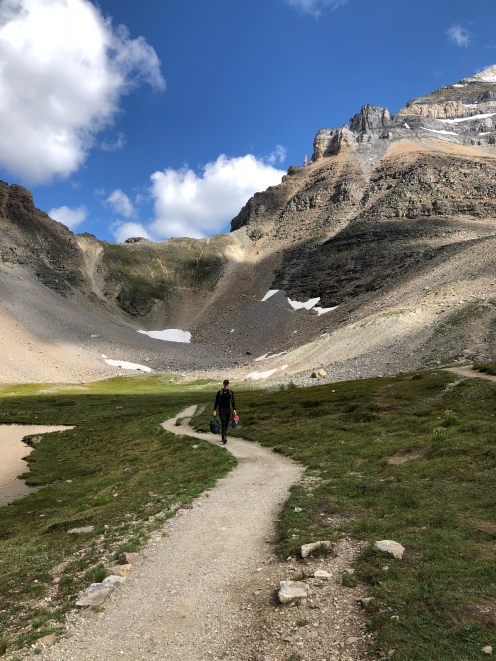 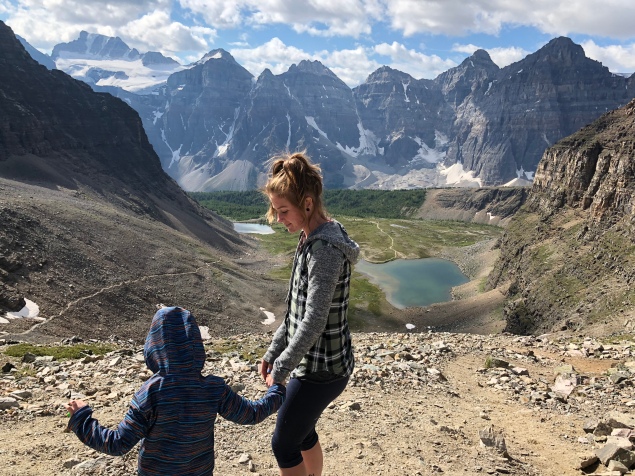 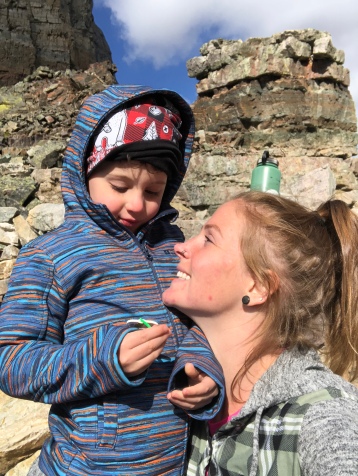 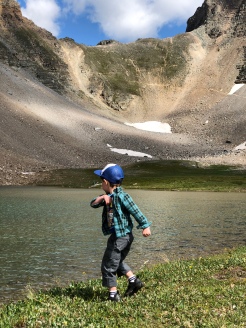 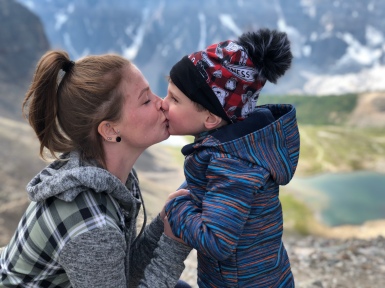 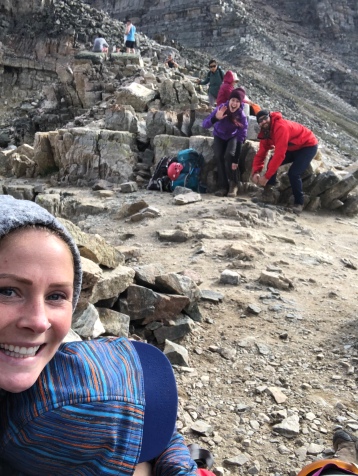 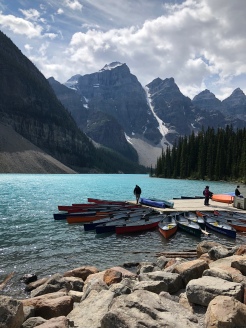 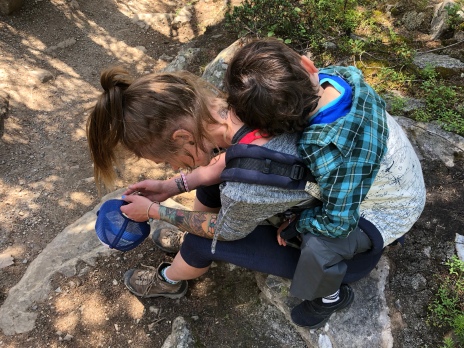 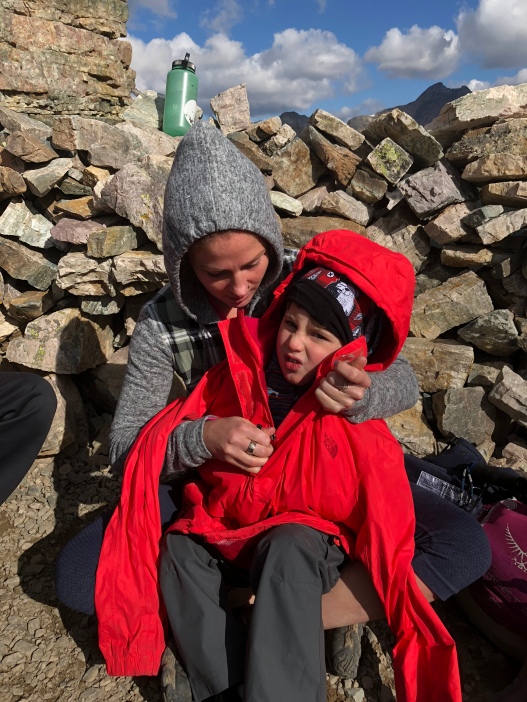 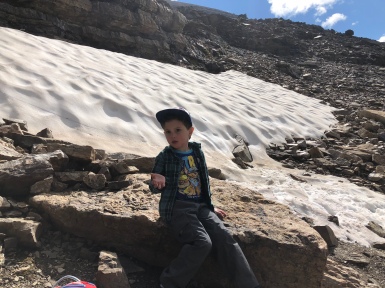 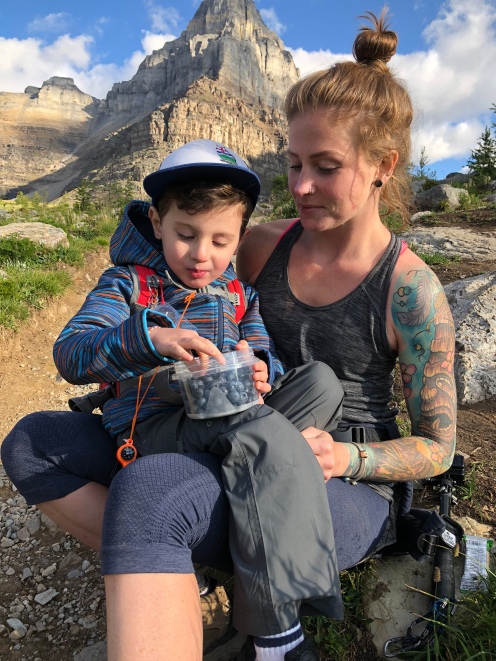 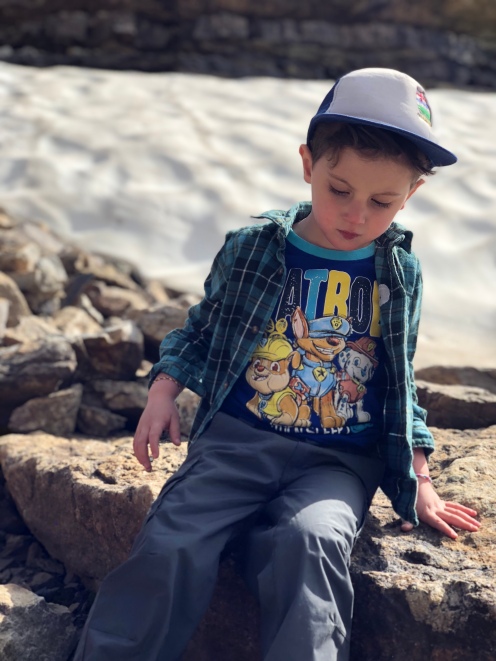 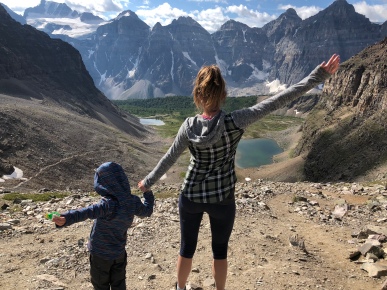 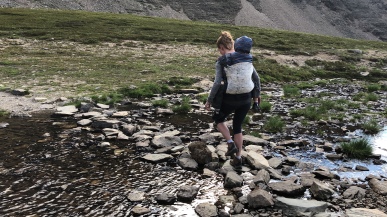